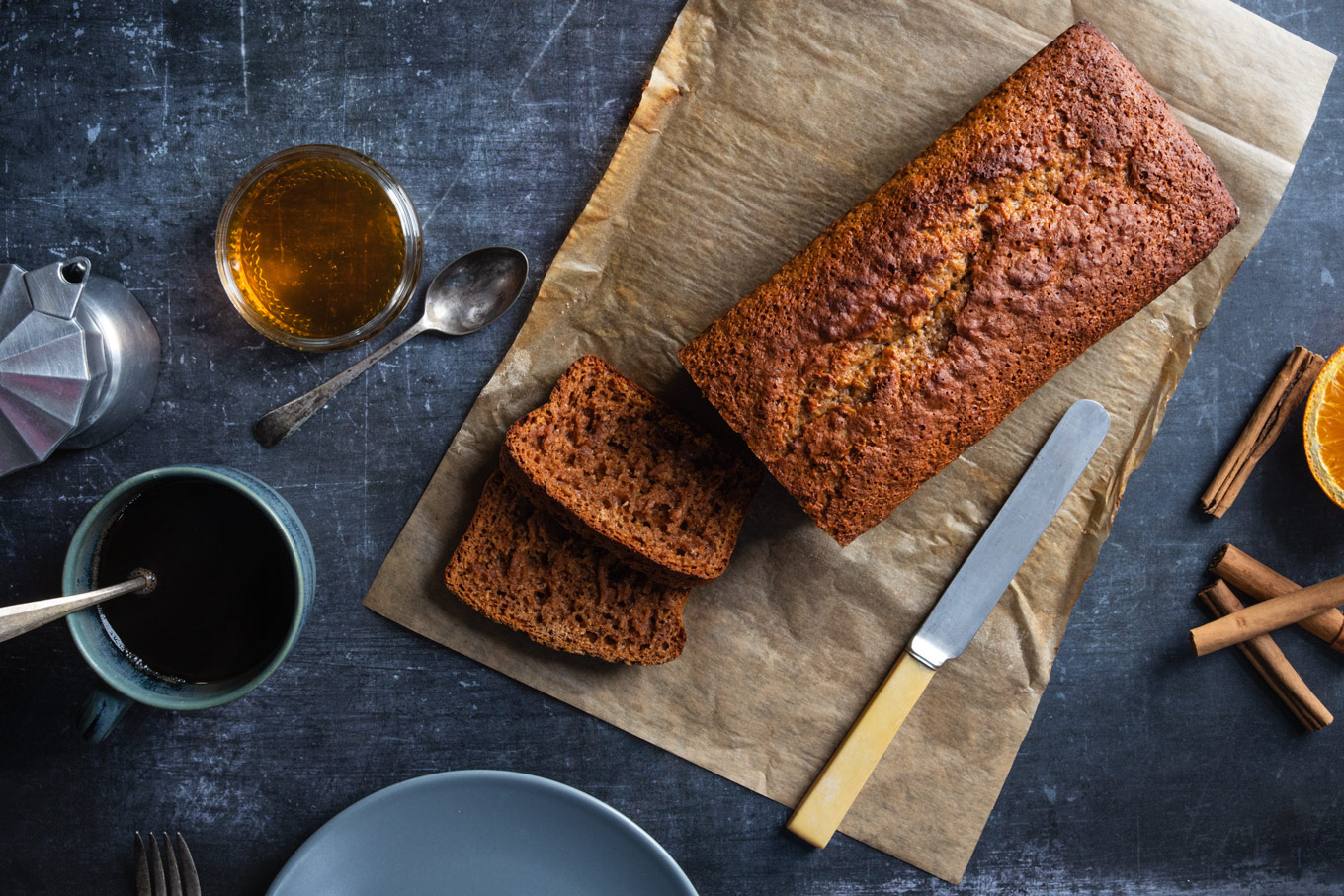 Some links may be affiliate links. We may get paid if you buy something or take an action after clicking one of these.

Pain d’épices is a spice-laden honey cake from France. While the literal translation is spice bread, it can be roughly translated as gingerbread cake.

Pain d’épices is warm with comforting baking spices, rich rye flour, and flavorful honey. It’s a classic French recipe that’s easy and quick to make and doesn’t require a mixer. The loaf keeps for a while, improving as the flavors meld and the cake gets denser.

While excellent alongside a hot mug of coffee or tea for breakfast or dessert, pain d’épices has some surprisingly savory accompaniments as well. The French often pair pain d’épices with cheeses such as Roquefort, or even foie gras.

The History of Pain d’Épices

With the generous measure of spices, it’s easy to place pain d’épices as a luxury during the Middle Ages. But its history goes beyond the Medieval period. Pain d’épices is thought to be based on Mekong honey bread, which dates back to 10th century China. It was introduced to the Arab world, and then brought to Europe during the crusades.

The cake was made popular due to Charles VII and his mistress Agnès Sorel’s fondness for it, and it spread through the French court during the 15th century. By the 16th century, a guild of spice bread makers was formed in Reims, followed by Paris.

The bread is traditionally sweetened only with honey, though some variations today include brown sugar. Because of this, it has been an important product for honey merchants for centuries.

Can I Substitute the Rye Flour?

If you don’t have dark rye flour on hand, you can substitute it for an equal amount of whole wheat or all-purpose flour. In fact, recipes for pain d’épices from Dijon tend to use whole wheat flour whereas the recipes from Reims usually call for rye flour.

If you’re looking for other uses for rye flour, I use it a lot for baking sourdough bread.